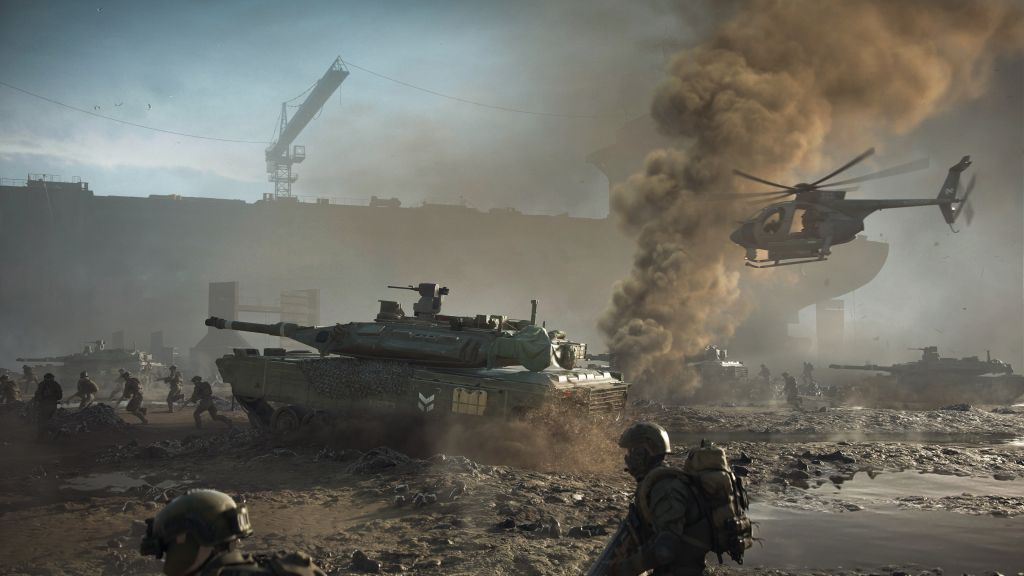 Battlefield 6 is officially called ‘Battlefield 2042’ and we’re going to get our hands on it this October.

Battlefield 2042 is being touted as “the most ambitious” entry in the series yet, built in the latest Frostbite engine, with whopping 128-player maps available on the latest consoles and PC, while a host of new weapons, vehicles and gadgets are also being introduced - and yes, rumors of a robot dog were true.

And while Battlefield 2042 won’t have a campaign mode, or a Battle Royale mode as rumored, players will have access to three “distinct, standout multiplayer experiences” including a chaotic All-Out War Mode, a squad-based Hazard Mode and the Battlefield Portal, allowing players to create their own Battlefield experiences.

We don't have all that much longer to wait until we finally get our hands on the new Battlefield. In the meantime, read on for everything we know about Battlefield 2042 so far.

Battlefield 2042: cut to the chase Those who pre-order will receive early access to the open beta - scroll down for more information on the beta and technical playtest.

Full Article can be read at https://www.techradar.com/news/battlefield-2042-release-date-trailers-gameplay-and-modes